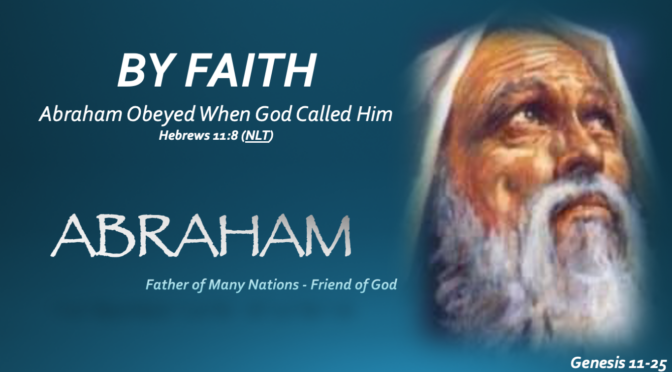 One of the most powerful chapters in Scripture is in Hebrews 11. Here, the author lists many of the great people of the Bible who lived by faith.

Faith shows the reality of what we hope for; it is the evidence of things we cannot see. Through their faith, the people in days of old earned a good reputation.

In verse 6, the writer underlines the importance of faith as the critical element for the person who wishes to walk with God.

And it is impossible to please God without faith. Anyone who wants to come to him must believe that God exists and that he rewards those who sincerely seek him.

Abraham’s walk in faith was against impossible odds and he made many mistakes along the way.  When his faith was ultimately tested, however, he had learned how to trust completely the God Who is faithful to His promises.

God’s promises to Abraham began when he was 75 years old (Genesis 12:1-9). Within the next ten years, God would underline the promise, assuring Abraham that a child would come from his own gene pool (Genesis 15:1-6). The time from the initial promise until it’s fulfillment in Sarah’s barren womb would be 25 years (Genesis 25:1-7). Nine months later their son of promise, Isaac, would be born.

Perhaps Isaac was a teenager or young adult. Abraham would have been around 115 years of age by Genesis 22:1-19. The parallels between the event of Abraham and Isaac’s experience and God’s beloved Son on Golgatha are written for our benefit (Romans 4:20-25). They lived out the reality of the cross to show us God’s purposes before the Law and 2,000 years before the cross. Looking back 2,000 years after the cross we see God’s unfolding purposes and believe

20 Abraham never wavered in believing God’s promise. In fact, his faith grew stronger, and in this he brought glory to God. 21 He was fully convinced that God is able to do whatever he promises. 22 And because of Abraham’s faith, God counted him as righteous. 23 And when God counted him as righteous, it wasn’t just for Abraham’s benefit. It was recorded 24 for our benefit, too, assuring us that God will also count us as righteous if we believe in him, the one who raised Jesus our Lord from the dead. 25 He was handed over to die because of our sins, and he was raised to life to make us right with God.

Some of the parallels between the story of Abraham and Isaac on Mount Moriah lay the groundwork for understanding God the Father and the sacrifice of His One And Only Beloved Son, Jesus. In both events Isaac and Jesus chose to obey their Father’s will as they allowed themselves to be sacrificed. Isaac could have easily outrun his aged father. Jesus could easily have called ten thousand angels to rescue Him (Matthew 26:53). Of course, God rescued Isaac (Genesis 22:9-19) while, for Jesus, His love for us led Them to follow through (John 3:16). Note some of the parallels that the Scriptures allow us to ponder: 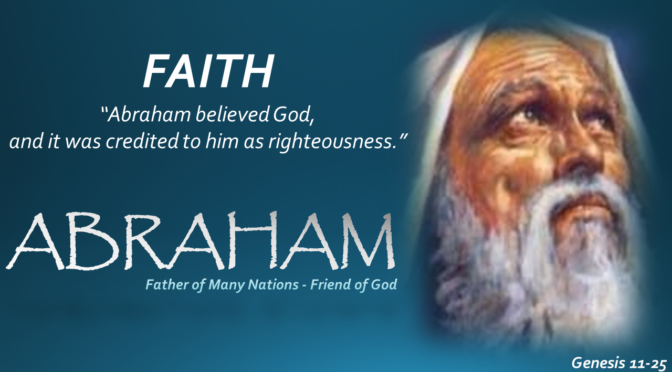 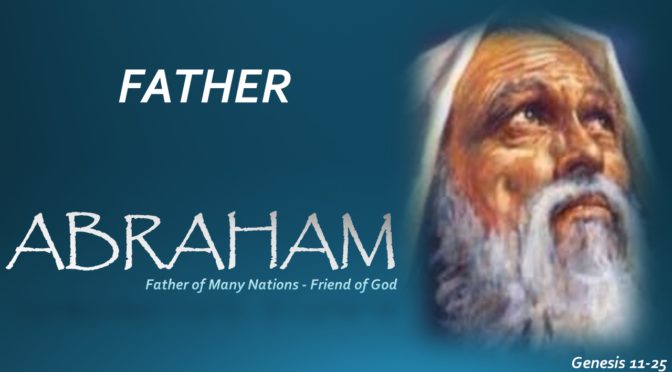 Jesus started it. It was now time to redefine what it meant to be Abraham’s children. This was to fulfill God’s promise to Abraham that he would father a great nation (Genesis 12:1-3).

To his religious-ruler audience, being a child of father Abraham meant that a person had come from Abraham’s gene pool (John 8:31-47). In fact, Jesus agrees that this is a true statement in verse 37. This genetic connection is still true today as people identify themselves as Jewish or, for those outside of the Abrahamic gene pool, non-Jewish Gentiles.

In John 8 Jesus re-frames the world’s understanding of “Abraham’s children” from God’s perspective. Here, Jesus makes the distinction between Abraham’s descendants (literally: “seed”) and his ‘children’ (John 8:31-47). Abraham’s children are now including all who live by faith, believing in Jesus as God’s Son and obeying Him.

When Stephen gave his final sermon before the Sanhedrin he was speaking to a purely Jewish audience; genetic ancestors of their father Abraham. Stephen’s concluding statements led to his violent death at the hands of the Jewish religious leaders (Acts 7:51-60). These same leaders were the very Jews who had denied Jesus as God’s Son, actively worked in opposition to Him and, finally, killed Him.

Among the points of Stephen’s sermon was that God is not limited by time and space. So, He spoke to Abraham in Ur, Haran, Canaan and Egypt (Acts 7:1-8). Nor has God ever been limited to buildings ‘made with human hands’; a direct reference to the Temple (Acts 7:48-50). And the Law? Their disobedience to it was enough to blind them to “the Righteous One” (Acts 7:52-53) and to deny God’s appeal to the nations through Him in line with God’s promise to Abraham (Genesis 22:17-18).

Stephen states that the Jewish rejection of Jesus as the prophesied Messiah was deliberate disregard for the Law to which they claimed allegiance (Acts 7:53). Years later, in Romans 9, Paul begins to build upon Jesus’ teaching in John 8. Taking it one step further, Paul makes a direct connection between the faith of the true ‘children’ of Abraham actually becoming his “seed” or genetic equivalents!

…those who are the children of the flesh,

these are not the children of God;

but the children of the promise are counted as the seed.

What a powerful assertion that connects the promises of God to Abraham. These promises are still being realized every time someone turns to the Lord by faith in Jesus Christ. In fact, realizing the detailed nature of God’s plan over the generations is wonderfully illustrated in the first chapter of Ephesians according to The Message. 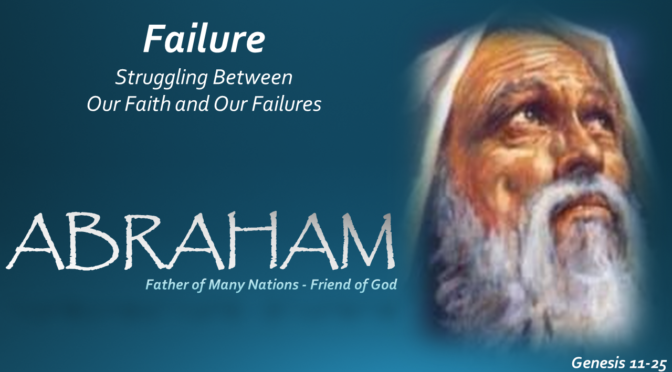 The Struggle Between Our Faith and Failures

The time between God’s promise to Abraham and its fulfillment spanned twenty five years!  During that time, Abraham made several wrong attempts to help God fulfill His promise.  There were times, also, when Abraham made decisions that revealed a lack of faith and trust in God.

Abraham is a wonderful example of a man who lived by faith but continued to make mistakes in judgement.  The bottom line is that God continued to remain faithful to His promises to Abraham, even in the midst of Abraham’s bad decisions and faithless choices.

As Abraham’s descendants today, God’s faithfulness in the face of our failures is still true.  For His promise to us is still, “I will never leave you nor forsake you” (Deuteronomy 31:6; Hebrews 13:5).

Is this not what the apostle Paul is saying in Romans 8:31-39? Our failures do not deter God’s promises!

NOTHING Video | The Skit Guys