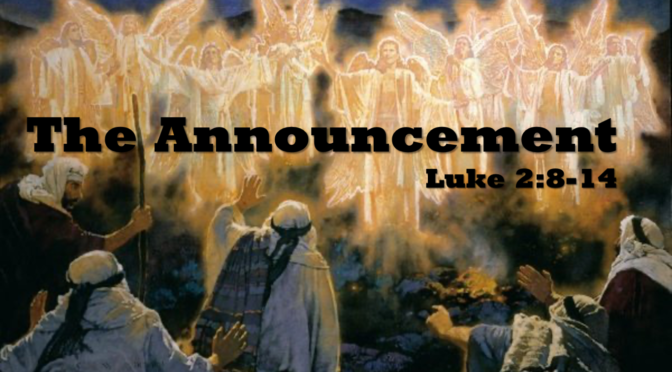 The little city of Bethlehem was a place of great significance in the Old Testament scriptures.  The prophet Samuel would anoint David as King of Israel in his own hometown of Bethlehem.  The prophet Micah would predict Bethlehem to be the birthplace of the one who was “from ancient times” (Micah 5:2). Indeed, Bethlehem, the “House of Bread”, would become the birthplace of Jesus, the Bread of Life (John 6:35).

Appearing to the poor shepherds, whose homes were the open fields, the announcement of the angels was made to the marginal people (Luke 2:8). Yet the announcement was quite spectacular. The angel announces to the shepherds that the baby. born in the manger in Bethlehem is 1) king David’s descendent, 2) the Savior of the world, 3) the Messiah King and 4) the Lord, God.